Written by B. Nelson. Posted in K - M

Martin was born in Memel, East Prussia (Today Lithuania) on 20 October 1723, to German speaking parents Georg and Anna Catharina Elizabeth SCHOLERIN. The surname means “a wise King” and has a Jewish origin. He was a construction worker and arrived in Simons Town, South Africa on 26 June 1746, where he departed the ship. He was on board of a ship from the Dutch East India Company (DEIC) called: “Slot van Kapelle”. This ship departed Texel, North Holland, The Netherlands on 22 April 1746 on its way to Batavia, Dutch East India (Today Jakarta, Indonesia). The captain of the ship was P. JELLESZ
Once in South Africa, he worked on farms in the Stellenbosch area, namely Elsenburg, Nooitgedacht, Aan't Pad, Watergang, Hoopenburg, de Driesprong and Kersefontein (In the Hopefield area). He later owned the farms de Driesprong (he bought it from David THERON) and Kersefontein (he bought it in 1770).

After Anna HOP’s death Martin XX Maria Rosina LAUBSCHER (*1745) on 1 November 1778. She was the daughter of Pieter and Johanna EKSTEEN.

They had one child
b7 Hendrina Sibella * 1779. Hendrina X Gabriel Josua ROSSOUW

Martin, a Lutheran by faith, fought together with JW HURTER and C NELSON to have a church established in South Africa. Permission was granted on 18 October 1779. Martin, a wealthy man donated a warehouse in Strand Street Cape Town. After alterations it was used as the Church. This is still in use in Strand Street and is the oldest church building in South Africa where church services are still held every Sunday. It is a national heritage building.
Through the years de Driesprong stayed in the family. The oldest child (b1) Anna together with her husband inherited the farm. It remained in the Beyers family until 1897, when they lost ownership. The farms name was then changed to Muratie.
In 1987 however it again came in the hands of the Melck family and is still today. Kersefontein farm never left the Melck family and is still in the hands of Martin’s descendants. 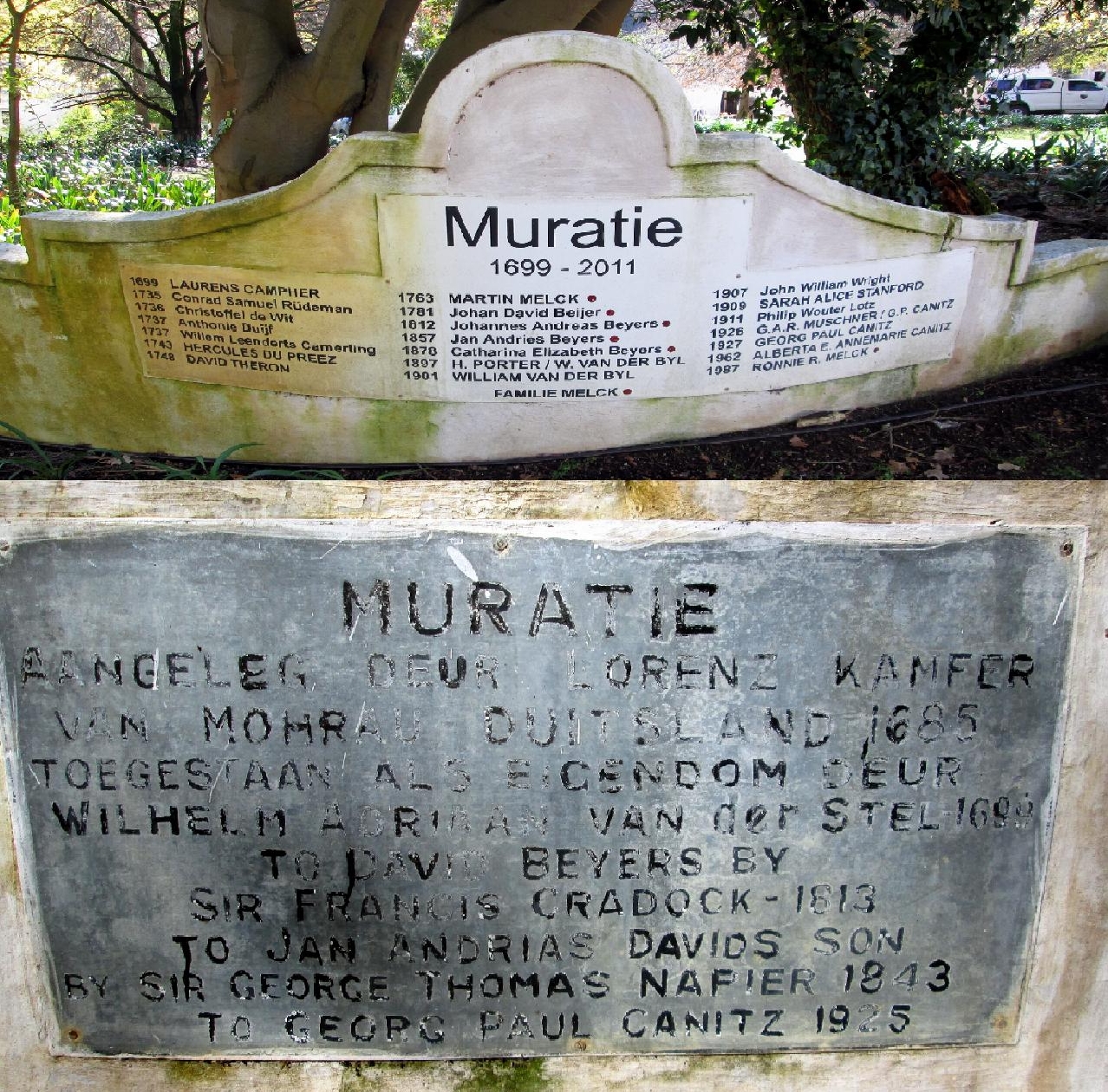